For some time now, tennis king Roger Federer and tennis queen Justine Henin have dominated world tennis so that only they get to win the Grand Slam championships. Of course there’s Nadal who made the French Open his own. And there’s the come-backing Williams sisters who won a Grand Slam each last year.

I like both Federer and Henin, but it can get boring watching them win again and again.

But this year’s Australian Open is different. Both Henin and Federer seemed to have either lost their magic or others found theirs.

Maria Sharapova is playing extremely well. She has fire in her eyes, which was lacking for the last year and a half. 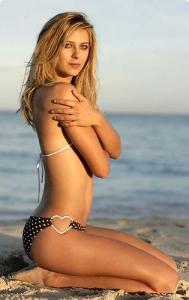 I couldn’t believe how great she played against Henin, beating her 6-4, 6-0. I knew she could beat Jelena Jankovic, conqueror of Serena Williams. She indeed defeated Jankovic in straight sets although the victory is a bit clouded by apparent back pains suffered by Jankovic. 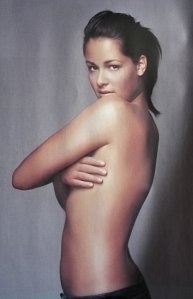 Sharapova is going to meet another beautiful girl, Ana Ivanovic. Ivanovic defeated the other Williams, Venus, which makes her a formidable opponent. Ivanovic would like to avenge her Serb compatriot Jankovic’s defeat as well as attempt to make Serb history by making it a double whammy for Serbia with her winning the women’s crown and Novak Djokovic winning the men’s title.

But I think the Russian would see to it that that will not happen.

It has been quite a long time when two beautiful ladies battle for a Grand Slam championship. If Maria will play in the finals as well as she had all throughout this tournament, she should win hands down.

For the men’s, two youngsters are making their claim to the crown. The Serb Djokovic beat the almost invincible Federer in the semifinals. He will face the unseeded Jo-Wilfried Tsonga of France, who equally shocked everyone when he defeated the French Open champ and world’s No. 2 tennis player, Rafael Nadal of Spain.

I am rooting for Maria Sharapova. I like Djokovic to win but a Cinderella finish for Tsonga would be interesting.