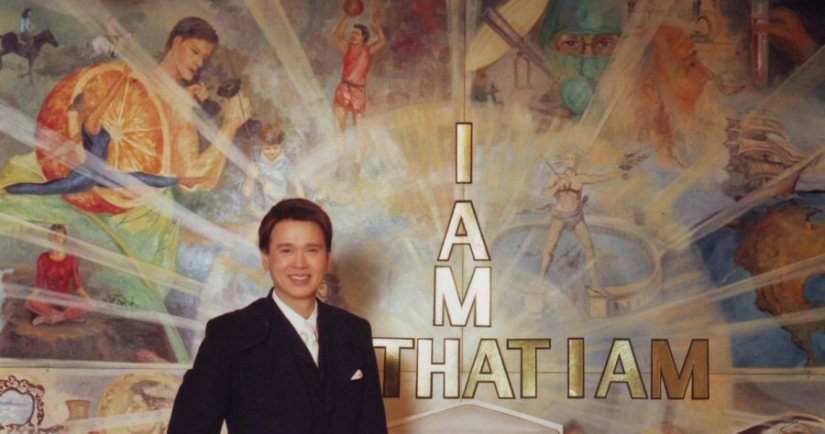 St. George slew dragons that terrorized people; this George slays the Poverty-consciousness that makes most Filipinos wallow in penury and misery. This George wields no swords, but spreads words of wisdom. This New Thought crusader fights the superstitions and the dogmatic beliefs that have impoverished people’s bodies, minds and souls for ages.

In his search for the Meaning of Life and answers to ultimate questions, George learned about simple but powerful ideas which changed his life. In his desire to share these metaphysical concepts with others, he put up in 1983 the Temple of Prayer, Peace and Prosperity (TOPPP), a transformational and developmental center, which is ecumenical and non-sectarian. A few years later, TOPPP was endorsed by Catherine Ponder, one of America’s foremost inspirational authors and prosperity Guru (The Dynamic Laws of Prosperity, Prosperity Secrets of the Ages, Open Your Mind to Prosperity), to be a member of the International New Thought Alliance (INTA), a world-wide association of organizations catering to spiritual learning and well-being based on the concept of the in-dwelling God. (Behold, the kingdom of God is within you. – Luke:17:20-21)

“With the New Thought, there is the realization of the Power Within, which brings happiness and fulfillment,” says George. “And the Temple is a process of sharing this joy with others,” he adds.

In recognition of George’s activities at the TOPPP, he was conferred the title of Minister by the Community Church of New Thought in Mesa, Arizona, USA in 1998. He is currently the District President and Ambassador-at-large of INTA to the Philippines.

The Temple is located at the 3rd Floor of the Priscilla 100 Building, which also houses the George Sison Gallery, in Pasong Tamo Extension, Makati. Meditation sessions are held every Sunday afternoon. Before the congregation begins, the attendees can get to know each other, read a book or drink coffee in the foyer and the well-furnished antechamber.
The congregation room is usually kept at a very cool temperature so it will be conducive to meditation. In the center of the room is a small dome with points of light representing stars, much like in a planetarium. The lights are dimmed and meditation music is played.

Prayers, guided meditation, contemplation, affirmation and visualization are done
by the group. In the middle of the session, a person stands and loudly affirms for himself / herself. The group then echoes the affirmation for that person.

And then there’s a 15-minute or so intermission where the TOPPP members write down their “decrees” (requests for specific desires) in the Will Your Fortune sheets. The decrees are in the form of affirmations for themselves and their loved ones in the four areas; namely, Health, Success, Love and Wealth.

George then gives a lecture on a specific topic. Afterwards, a staff member goes around carrying a bunch of collages the size of an old LP album. The member asks a question in his/her mind and picks up a collage. This is a form of divination based on the principle of Synchronicity as propounded by the pioneering psychiatrist Carl Jung.

This is followed by more group and individual meditation. At the end, the group stands in circles and sings inspirational songs while swaying to the rhythm of the music.

They call themselves TOPPPers. They come from all walks of life, from the financially challenged to millionaires, from ordinary employees to top executives, from fans to movie stars. Dina Bonnevie, Derek Dee, Marissa Delgado, Juan Rodrigo, Ernie Garcia, Lirio Vital, and Dexter Doria are just some of the actors who have become members of TOPPP at one time or another.

Berna Martin is familiar to all Temple adherents. She joined the Temple staff in 1991 and found happiness there. “As a graduate of psychology, I find that attending George’s lectures is just like learning more psychology,” she says. “Also, as Mr. Sison told us recently, the Temple is like a ‘spiritual gym’,” she quips.

According to Berna, before she came to the TOPPP, life seemed to be so much of a struggle. “Growing up in the province, I was brought up to believe that life was hard, that it was constant struggle,” she explains. “But after coming to the TOPPP, my outlook in life has changed, especially my concept about money. Now, everything is alright. There is no struggle,” she proclaims enthusiastically.

Movie and TV actress Dexter Doria joined TOPP in 1987. She “decreed” to have more movie offers. She got what she wanted – she made 23 movies in about a year’s time. But she discontinued attending the regular meetings for some time. In 1995, she came back and has since been attending TOPPP meetings regularly. She said she came back because she “needed the Temple.”

Leila, a bank executive, has been with TOPPP since the late 1980s. She regularly attends the congregation and attributes her excellent health and general well-being to TOPPP. Two of her children join her at the TOPPP.

Glenn is a young man who was brought to the TOPPP in January 1997 by his mother. He enjoyed going there. Unknown to people at the TOPPP then, he was an alcoholic. Pretty soon, Glenn got rid of his alcoholism and went to the Middle East to work as a telecom engineer. A couple of months ago, he was back at the TOPPP celebrating his birthday.

“What I like about the TOPPP,” she says, “is that the people here do not mind other people’s business.” Apparently, in a “spiritual” group she joined before, other people maliciously poked their noses into each other’s lives and even criticized each other’s clothes or actions.

In 2002, George’s long-awaited book A Miracle Awaits You was published. Dr. Catherine Ponder herself wrote the Foreword while Dr. Blaine Mays, INTA President wrote the Introduction. Media personalities praised the book. Letty Jimenez-Magsanoc wrote: “Everything you’ve always known to be true but were too afraid to say and do because of the high-tech temper of the times is reaffirmed and celebrated in this book…The Spirit will move you as it did me toward the appropriate pages for your delectation and application.”

The 183-page book is a goldmine of wisdom filtered through the ages to help humans help themselves. As Julie Yap-Daza remarked, “It’s a book so simple yet so profound in its implications, so clear and graspable in its explications.”

The format is reader-friendly, even for children and the elderly. Each concept is explained in 3 to 4 pages, with illustrations. And the fonts are big. The book is designed like a handbook or manual so that it can be consulted anytime.

Last year, the TOPPP published George’s booklet I Am A Winner: Feng Shui of the Mind. The booklet explains how the Feng Shui of the Mind works and enumerates 102 ways of practicing it. It includes colored collages on every other page to elaborate on the meanings of the messages.

Those who want to join the Temple are advised to read books that would introduce them to the concepts of New Thought. Some of these books are: the above-mentioned books by Ponder, Ralph Waldo Emerson’s writings, U.S. Andersen’s Three Magic Words, James Redfield’s Celestine Prophecy and books by Og Mandino, Deepak Chopra and Richard Bach.

Throughout the ages, Wealth and Prosperity have bad press. Eighteenth century poet / writer Oliver Goldsmith asked, “Can wealth give happiness?” His answer: “Look round and see – what gay distress! what splendid misery! – whatever fortune lavishly pours, the mind annihilates, and calls for more.”

Even the great Shakespeare wrote: “If thou art rich, thou art poor; for like an ass, whose back with ingots bows, thou bearest thy heavy riches but a journey, and death unloads thee.”

And of course, there are the famous Biblical quotes – “The love of money is the root of all evil” and “Blessed are the meek for they shall inherit the earth.”

At the TOPPP, people learn or re-learn that Wealth is not evil, that Money is simply Energy; i.e., My Own Natural Energy Yield, and that Prosperity is a natural consequence of one’s own consciousness.

A TOPPP session is not a religious service. It is more like a motivational seminar. It is open to everyone, of whatever creed or religion. George says, “If there is a single idea that you get from the TOPPP that changes your life, then TOPPP would have done its purpose.”