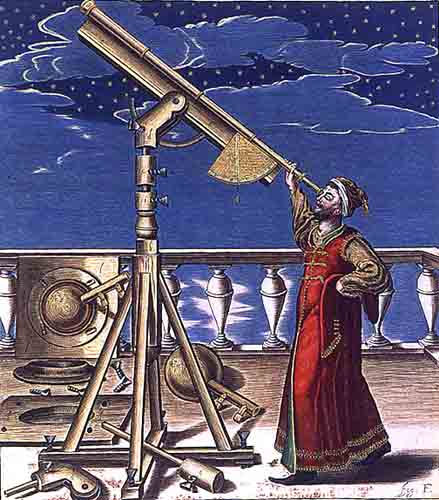 While claiming great astrologers of the past like Copernicus (proponent of sun-centered solar system), Tycho Brahe and Johannes Kepler (discovered the laws of planetary motions) for their side, Establishment astronomers renounced astrology after the twin discoveries of Uranus in 1781 and Neptune in 1846. Astronomy separated from Astrology and the latter lost its academic status. While astrology embraced all aspects of life, astronomy was concerned only with celestial mechanics. As a result, university students and faculty, including the medical faculty in Europe, America and the colonies, were deprived of a great deal of astrological knowledge accumulated through the millennia.

Before the 20th century, the non-astrologer physicians’ primary medicine for curing people was leeches – to bleed the patients in order to remove impurities in their blood. In movies, old books and magazines, one can still see the advertisements of various “elixirs” peddled by physicians and pharmacologists.

Today, astrology is back in business, proven by academic research such as the comprehensive study done by Michel and Françoise Gauquelin, French statisticians and psychologists who gathered hundreds of thousands of birth charts for their data. 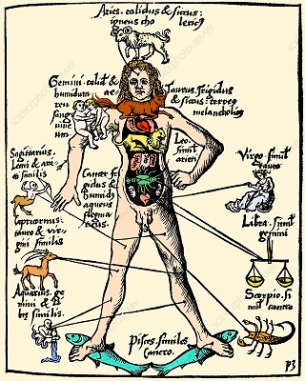 Persons born under a Sign usually suffers from the part of the body ruled by that sign. Thus, Arians suffer from headaches, Taureans from colds, chills and tonsillitis, and Leos suffer from heart, spine and back ailments.

The diagnosis is also based on the polarity of the signs. For example, Aries’s polarity (opposite) is Libra. If an Arian complains of headaches (the head being ruled by Aries), the probability that the headaches are caused by the kidneys (ruled by Libra) should be investigated.

Each Sign is “ruled” by a Planet (the Sun and the Moon are considered “planets”). Together, the Sign and its ruling Planet is said “to rule” or greatly influence certain parts of the body. For example, Leo and its ruler, the Sun, control the heart, back and spine including the thymus gland and the body’s immunization system. Cancer and the Moon control the breasts and the alimentary (food) system – esophagus, stomach, gall bladder, etc. Sagittarius and Jupiter control the hips, thighs and the body’s largest gland, the liver and the pituitary gland, the body’s “master gland”.

By reading the positions and relationships of the Signs and the Planets in the charts, the astrologer deduces the diseases that the subject is prone to and the probable causes of the present sickness. The astrologer then prescribes the remedy which may include herbal medicine, sometimes including the time the herbs should be gathered, or the mineral and cell salts needed by the patient. The astrologer’s prescription may include actions on the part of the patient, such as taking a vacation or expressing his/her ideas openly without fear or inhibition.

By reading the natal and other astrological charts, the astrologer gets to know the whole personality, including mental and emotional attitudes, and even the whole history of the patient. The astrologer can thus prescribe the remedy that would cure not just the present symptom but the whole being.

For example, gallbladder stones may be caused by the patient’s anger over someone or something which s/he could not express. Or for a patient with heart trouble, the charts may indicate the real cause of the problem – inability to love or being unloved.

Medical astrology is not a separate branch of astrology. Astrology is holistic – it studies the whole of (wo)man – physical, mental, emotional and spiritual.

Linda Goodman, in her book Star Signs (St. Martin’s Press: New York), is particularly concerned about the timing of surgery. She quotes Hippocrates who stated, “Touch not with iron that part of the body ruled by the sign the Moon is transiting.” “Touching with iron” means operating with a knife. Goodman further explained that according to Hippocrates, disobeying this law will result in 1] complications, including infection, 2] slow and painful healing and recuperation or even 3] death.

Goodman says that when a physician declares that “the operation was successful but the patient is dead,” it usually indicates that this Hippocratic law was not obeyed.

It is rather strange that medical doctors of today swear by the Hippocratic Oath, yet they do not practice or follow most of what Hippocrates advised.

Goodman gave some startling examples. Jeff Chandler, star of many detective films, went for a simple operation for a slipped disc. He died while being operated on. Cause of death? “Unnatural causes.” On that day, the Moon was in Leo, ruler of the heart, spine and the back.

Another example was Bertha Todd, first wife of Michael Todd, who later became the husband of Elizabeth Taylor. Bertha had cut her finger on a broken glass. She decided to go to the hospital the following day to have her finger stitched. Afraid that it might be painful, she asked to be anesthetized. After the third dose of anesthesia, she died. On that day, the Moon was transiting Gemini, ruler of shoulders, arms, hands and fingers.

Goodman mentioned other examples. She was emphatic in urging readers not to have any sort of operation or even injections when the Moon is transiting the Sign which rules the body part concerned. The Moon changes sign every two and a half days so the postponement of the operation will not be more than that period.

The Moon’s influence on the tides is well known. Since the human body is seventy percent water, it is but logical that the Moon would have great influence on it, too. The menstrual cycles of women are also known to be influenced by the Moon. Hence, the rationale behind the above-mentioned Hippocratic Law is that first, the Moon has great influence on the human body. Second, any surgery naturally interferes with the tidal flows of the body fluids. And third, the parts of the body ruled by the Sign the Moon is transiting at the time become especially sensitive and vulnerable. So next time you need to have a medical or dental operation, check where the Moon is transiting.

ZODIAC SIGN RULERSHIP OF THE PARTS OF THE BODY

ARIES head, face (except nose), cerebral hemispheres of the brain

Sub-renal glands which pump adrenaline to the system

VIRGO large and small intestines and the pancreas

PISCES feet and toes, the entire body system relating to “leaks” and the draining of fluids

Published in the Mr. & Ms. Magazine: Supermonthly of the Body, Mind and Spirit January 2006