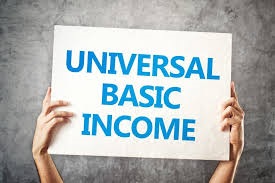 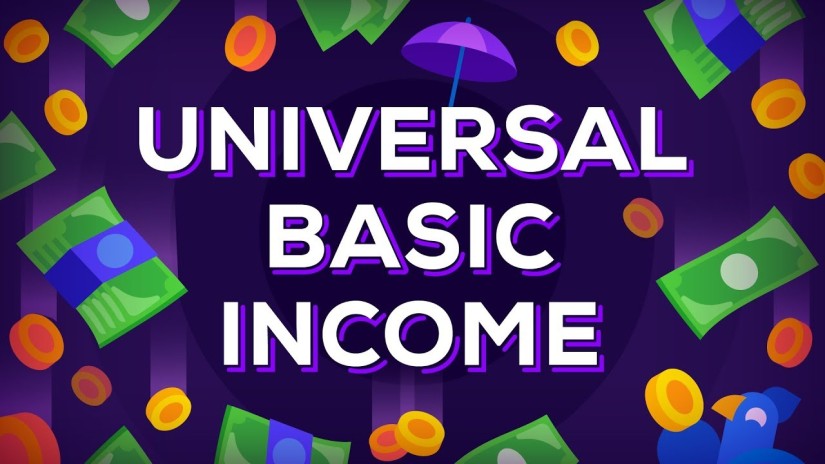 Now that the government has started the dole-outs thru DSWD, DOLE, etc plus the food packs; why not shift to UNIVERSAL BASIC INCOME (#UBI). Some of the US states are now starting it. More than 80% of the British public are for it, says a British MP in a Commons debate. In a situation like a pandemic where unemployment skyrockets while businesses fail and consumption is limited to the basic necessities, economies, esp. capitalist economy slide to recession and then to depression.

A Universal Basic Income is a fixed amount given to everyone of legal age, whether they have jobs or not. As Andrew Yang puts it, it is their dividend in the ultra corporation called their country. In the ultra corporation called the Philippines, all the citizens should partake some of its profits as their dividends. After all, all debts of the country are also their debts. And they give capital to this ultra corporation by paying taxes like income tax and value-added tax and pay so many government fees, even just to get their birth certificates and all. Thomas Paine proposed it in the 18th century and Martin Luther King proposed this in the 1960s. And this will solve many of the problems of the Capitalist system. And it will give dignity to several millions of Filipinos.

In the Philippines, the income could be given only to those 21 years and above since most, if not all 18 to 20 year olds still live with their parents or guardians. A UBI of P10,000 a month could be the tentative amount. The richer portion of the population would have no need for an additional P10,000 a month. These are the upper middle, rich and super rich (income of P100,000 per month). They would therefore be exempted from UBI. Also not included are the employees of government agencies with corruption as SOP (standard operating procedure). These employees may have salaries much less than P100,000 a month, but their average extra-legal income far surpasses their official salaries.

There are 61 million voters or adults in the Philippines. Subtract around 4 million who are in the 18-20 age group. Minus 1 million for the exemptions. This makes 56 million.

For this covid fight alone, the government is asking for trillions of pesos!

Debt burden is around 461 Billion pesos. Because of the pandemic, the Philippines could ask for Debt Relief of some kind.

A One-Peso tax per liter for gasoline and diesel for a UBI Fund can collect some billions of pesos. A UBI Fund Foundation can be set up where the billionaires can donate for some tax exemptions.

It just needs a little realignment, plus a bit of change in the tax system where very huge and rich companies get to pay a sizable percentage in corporate income tax.

There are many ways to skin a cat. Think about it. An extra 10,000 a month could give middle class families huge respite as it could add to their daily budget and may even have some left for recreation. The extra 10,000 pesos could be like manna from above to the poor as it will tide them over. They could also use it to save and later start a small business like a sari-sari store. Newly graduates could even take some months off after graduation and have more time to think about what career or office they want to get into. Wives do not have to depend so much on their husbands. They will have some money on their hands, too. And vice versa. Children above 20 years old do no have to depend on their parents. The P10,000 could add very well to their work income. Angst is the number one enemy of workers in a capitalist country. How many employees are stuck in jobs they hate? An extra 10,000 pesos a month could give them the wherewithal to rest from work for some time and to look for jobs that they would love to do.

And the squatters problem could be removed as people would start leaving their very cramped living quarters. A husband and wife earning P20,000 a month plus their regular income (for example, the husband could be a tricycle driver and a wife could be a cleaning woman) would want to live in a more decent home than in a squatters’ area. Instead of being “informal settlers”, they could be normal citizens. Squatting can be made a crime again. Besides, better housing solutions can be instituted later.

“It is a position not to be controverted that the earth, in its natural, uncultivated state was, and ever would have continued to be, the common property of the human race.” As the land gets cultivated, “it is the value of the improvement, only, and not the earth itself, that is in individual property. Every proprietor, therefore, of cultivated lands, owes to the community a ground-rent (for I know of no better term to express the idea) for the land which he holds; and it is from this ground-rent that the fund proposed in this plan is to issue.”

Out of this fund, “there shall be paid to every person, when arrived at the age of twenty- one years, the sum of fifteen pounds sterling, as a compensation in part, for the loss of his or her natural inheritance, by the introduction of the system of landed property. And also, the sum of ten pounds per annum, during life, to every person now living, of the age of fifty years, and to all others as they shall arrive at that age”. Payments, Paine insists, should be made “to every person, rich or poor”, “because it is in lieu of the natural inheritance, which, as a right, belongs to every man, over and above the property he may have created, or inherited from those who did”

Echoing Thomas Paine, everyone owns Earth. Every citizen should have a share of the fruits of the country. When the Spaniards conquered the country, they gave lands or encomiendas to their favorite indios who later became known as ilustrados. The ilustrados, in turn, have their favorites among the principalia. When the Americans came, they created their own favorites and gave large tracts of land to their favorites like Tuason and the Ayalas (through their American in-law McMicking). A new breed of politicians and businessmen kowtowed to the Americans. They have dominated, with a few changes by Ferdinand Marcos, the politics and economy of the country. But several millions of Filipinos are left with nothing – not even a few square meters of land to their names. It is high time to give everyone a part of the pie, even just a very small part.

Besides, in a country where more some 70% of the people are poor, i.e., earning below the minimum wage, a Universal Basic Income (UBI) would not only help them in their basic needs – food, clothing and shelter – but also give them a big boost emotionally. It will give them hope, and make them aspire for a more productive life that they would enjoy doing. It will also push the economy as there would be more money to spend by the households which would shore up business firms which in turn would hire more people. Capitalism does not need to be a battle for survival where “Greed is Good”. Capitalism can be a win-win situation for all. 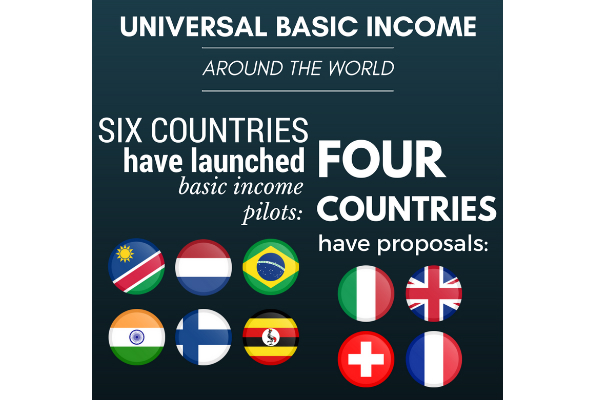