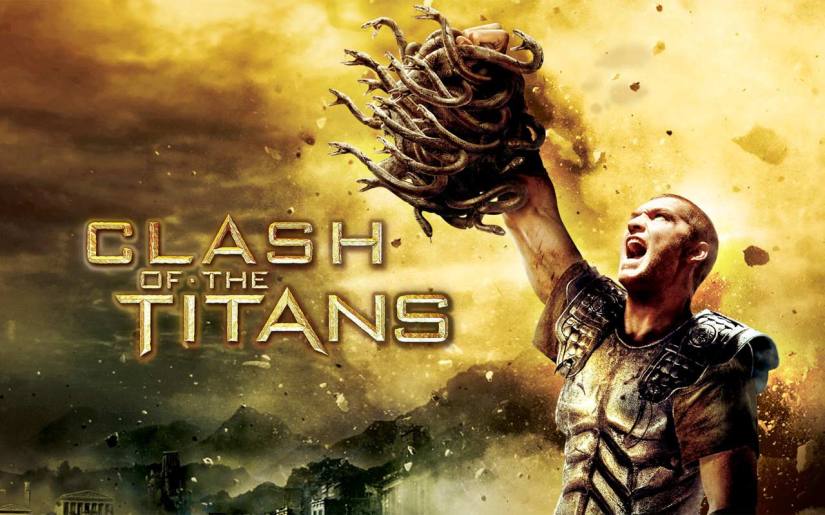 I like Greek mythology ever since I was 9 or 10 years old. When I was in Grade 3 or so, my sister Bai Narriman (Nhanzy) was in 1st year high school. She had a Greek mythology subject. I think their book was Edith Hamilton’s Mythology. Almost every night, I asked her to tell me stories of the Greek heroes and gods and goddesses. By the time I was 12, I think I had memorized most the names of the Greek gods, goddesses, heroes and heroines. In high school, reading the Iliad, the Odyssey and Aenid was a breeze.

As I thought, there were no titans around. In the prologue, the narrator talked about the battle between the titans and the gods. That was it.

The Titans were the powerful beings who descended from Uranus and Gaia (Earth). They included Cronus (Saturn) and Rhea, the parents of Zeus, Poseidon, Hades, Hera, Demeter and Hestia.

For one steeped in Greek mythology since grade school, I was shocked at all the errors in the film. The writers of the movie seem to have a total misunderstanding of Greek mythology. Everything is sooooo WRONG.

The legend of Perseus was turned upside down, with massive doses of Christian beliefs added, including a pinch of Islamic flavouring (the Jinns).

And why was Pegasus black?

In the film, there was no clash of titans. There was a revolt of men against the gods. How very late 20th century thinking! Or should I say, Nitzchean- as in “God is dead!”

Anyone acquainted with Greek mythology knows that titans clashed with titans, titans fought gods, gods fought other gods using humans as their pawns. But men did not dare fight the gods. How could they? Men were mere mortals. How could they fight immortals?

I found the scene with the soldiers toppling a giant statue of Zeus as a gesture of their war against the gods as ridiculous. But what was more preposterous was seeing the hero Perseus declaring a war against Hades, whose awesome power he had just witnessed. Really, even Hercules, who wrestled with Death itself, was not that arrogant and naive. Hercules was also a mortal son of Zeus.

MEN NOT CREATED BY GODS

In the movie, Zeus was said to be the creator of men (and women). But in Greek mythology, men (male humans) were created not by the gods but by the titan Prometheus. In fact, Zeus disliked men although he impregnated a lot of women. When Prometheus gave FIRE to men, Zeus punished him for life.

The god Hephaestus (Vulcan) was the one who created Pandora, the first woman.

Zeus was nothing like the Christian God the Father. He loved women – goddesses and mortals — and loved making children, both gods and demi-gods. Perseus was just one of his several sons from female mortals.

Hades was nothing like Satan. Hades was not tricked into getting the Underworld, as alleged in the film. Poseidon, Zeus and Hades drew lots. Poseidon got the sea, Zeus the air (where the gods and goddesses reside, on top of Mt. Olympus) and Hades the land of the dead. The Greek heaven or Elysium was also located in the Underworld, the domain of Hades. The land was co-ruled by the trio.

Hades was not the ruler of hell. He was the ruler of the dead, who all resided in the Underworld, be they saints or sinners.

The monster that was supposed to devastate the kingdom of Argos was called Kraken, a giant sea serpent, a “child” of Hades.

First of all, Hades was the ruler of the Underworld – the land of the dead. He had no business with a giant sea serpent. Sea monsters were under the domain of Poseidon, the god of the seas.

Second, what’s a Kraken? There are no krakens in Greek mythology. According to Greek legends, Poseidon wrecked havoc on the city-state of Joppa because Queen Cassiopeia declared herself more beautiful than the Nereids or sea nymphs. The Nereids were the favourites of Poseidon. Thetis, the wife of Poseidon, was herself a Nereid. Poseidon flooded the city-state and let loose the sea monster CETUS.

Third, wasn’t the Kraken killed by Capt. Jack Sparrow of the Pirates of the Caribbean?

MEDUSA VS THE KRAKEN

The title “The Clash of the Titans” was supposed to refer to the Kraken and Medusa – one titan against another. But who said they were titans? Medusa was a Gorgon. And the kraken was supposedly a sea monster.

According to the myth, Medusa, although a Gorgon, was a beautiful female. Poseidon wanted her and raped her in the Temple of Athena. Athena punished Medusa for desecrating her temple. Note that Athena punished Medusa, the victim and not her uncle Poseidon, the rapist. She turned Medusa’s beautiful hair into snakes and made her face so ugly that men who stare at her would turn into stone.
In the movie, Medusa had a body of a giant Anaconda.

In the Perseus legend, Medusa and the Cetus (Kraken in the film) were separate events. Perseus slew them both. Upon her death, Medusa gave birth to Pegasus and Chrysaor, children of Poseidon.

Sam Worthington was quite dull. He was much better in Macbeth. Liam Neeson seemed to enjoy acting like God. And Ralph Fiennes was as usual, very good. I wonder if Neeson or Fiennes knew their Greek mythology. I just couldn’t think of Hades (or Pluto) acting so subservient to Zeus (or Jupiter), who was even younger than him. Zeus was called King of the gods only because he ruled Air and Mount Olympus, the realm of the gods. But in the seas, Poseidon was king. And in the Underworld or the Afterlife, Hades was king. And on land, the three co-ruled.

The special effects were great. But that seems to be the norm nowadays, thanks to computer graphics.

It seems to be in vogue now to make films about historical characters or mythological characters and turn the story around. Even seemingly biographical films are turned fictitious. Why not just create totally new characters instead?

The Kracken, a sea monster that is the “child” of the underworld god, is a new character. But all the rest are not. These mythological characters have a firmly set universe preserved through millennia. They could not be easily changed.